I was recently asked if I could provide some quotes for a story about using GIS in my industry. The author who reached out to me is looking for examples of how and why we use GIS across many different industries. I decidedto point the author to my blog, since I've published numerous blog posts about using GIS for wildlife conservation. And then I remembered a similar event around the summer of 2010, when an ambitious ESRI intern contacted me to talk about using GIS in designing wildlife corridors for an article she was writing for ArcNews (posted below).
I don't think I shared this article on my blog in the past, so I'd like to now. I'd like to give a special thanks to Amanda Artz for putting this together. She interviewed nearly everyone on my team at Northern Arizona University where I was a GIS Analyst at the time. We provided her with the maps, photos, and what expertise we could.


Habitat loss is the number one threat to biodiversity. With increasing human population growth and urbanization, wildlife habitat continues to decline and become fragmented. Fragmentation and isolation can have dramatic negative effects on plant and wildlife populations, ranging from decreased genetic diversity to extinction. Restoring and protecting existing habitat and providing linkages between fragmented areas are becoming critically important to the continued existence of many species. Wildlife habitat corridors allow populations to interact; interbreed; and, as climate changes, shift their geographic range. Planning, designing, and implementing wildlife corridors can be difficult, but GIS technology is helping streamline the process.


It didn't take long for Northern Arizona University's School of Forestry professor Paul Beier to realize the importance of wildlife corridors. While studying mountain lion populations in the Santa Ana Mountain Range in California during 1988–1992, Beier noted that habitat fragmentation was the biggest problem the big cats were facing. Without habitat corridor links between mountain ranges, the Southern California mountain lion population would be doomed. "I documented that based on their demography, they must have connectivity, and that based on animal movement, they'd use linkages that were available if we gave them half a chance," says Beier. "They were using some highly degraded existing corridors, and so I got really excited at the prospect of designing corridors on purpose. Wouldn't that be terrific?"

CorridorDesigner is a suite of tools for ArcGIS for creating habitat and corridor models. It provides a user-friendly, three-step process that applies least cost modeling for multiple focal species. The core input is habitat suitability modeling, which allows users to assess the quality of habitat for a species within the study area or a modeled corridor and mask out any unsuitable habitat.
GIS habitat suitability models relate suitability to raster-based layers, such as land use/land cover, elevation, topographic position, human disturbance (e.g., distance from roads, road density, housing density), or other relevant data. Using this data and a habitat suitability threshold that ranks habitat quality for breeding, the user can model a single species corridor, then repeat the procedure for other species. Next, the user can join the single species corridor models to create a preliminary linkage design. This union of corridor data is the most obvious way to ensure that all target species are included.

The CorridorDesigner tools connect the best available habitat for individual wildlife species between two larger habitat blocks. All would be well if this exact region could be conserved. Unfortunately, for a variety of reasons, the best choice areas are usually not available for corridor development, so the model is best used as a baseline to compare alternatives.

GIS consultant Jeff Jenness, GISP, joined the project and lent his expertise by creating an ArcGIS extension for CorridorDesigner that provides a set of tools to evaluate the best corridors and compare them with more realistic alternatives. These tools include calculation of patch-to-patch distances, bottleneck analysis, size-weighted general statistics, size-weighted histogram statistics, size-weighted cross-tabulation statistics, and cumulative surface tools. These statistics help land managers and conservation investors make educated decisions about what to conserve. By factoring in the reality conservationists face every day, this extension ensures that the optimal corridor is designed using what land is available.

New concerns about a changing climate have forced wildlife managers to rethink how corridors should be designed for the success of species in the future. In response, spatial analyst Brian Brost and Jenness have added another set of tools to the CorridorDesigner toolbox, including the ArcGIS extension Land Facet CorridorDesigner and a set of complementary land facet functions that run in the computer program R. Land facets are based only on topographic and soil features on the landscape, which don't change over time and will not change as climate changes. "Until now, corridors were primarily designed to encourage movement of focal species through present land-cover maps," says Jenness. "Because of the strong possibility that land-cover maps will change in this century, any corridor linkage based on those maps might fail due to climate change." It is thought that future vegetation (and, indirectly, animal assemblages) will be determined primarily by the interaction among land facets and future climate regimes. This land facet approach is a valuable geographic approach to designing wildlife corridors that considers the future effects of climate change.

Wildlife corridors don't just conserve connectivity; they also provide ways to make highways safer for both people and wildlife. The CorridorDesigner tools can be useful in helping determine the ideal location of wildlife crossings for various species along major thoroughfares and highways. Building these crossings reduces wildlife-vehicle collisions, leading to a decrease in mortality on highways for countless animals while keeping drivers safe. "For large mammals like mountain lions that tend to occur in low densities and take several years to raise their young, the loss of an individual can have a snowball effect on a local population," says Emily Garding, a wildlife biologist/GIS analyst for the Arizona Missing Linkages Project, who has worked extensively with the CorridorDesigner tools. "I'm excited that our work promotes developing a more wildlife-friendly transportation infrastructure that will contribute to maintaining sustainable wildlife populations."

The significance of wildlife corridors is clear. "Corridors are important because they provide a way of connecting species and habitats in a changing world," says Majka. "They provide a possible way to deal with increased pressures, whether it's urbanization or fragmentation; increased transportation; and climate change." GIS-based tools have significantly streamlined the design and implementation of corridors. With GIS, CorridorDesigner, and the continued support and enthusiasm of people like those who work on and with these tools, wildlife can look forward to a sustainable, connected future.

An online community of geogeeks that chat weekly on Twitter

get your swag here 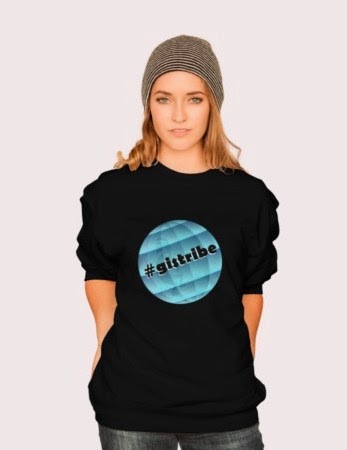 Emily
I've been researching, mapping, and analyzing conservation issues for government agencies, academic institutions, and non-profit organizations for over a decade. I created this blog as a resource for education & outreach in conservation GIS, to journal about my experiences tracking mountain lions in the southwestern U.S. ... and to blog about anything else that gets me fired up. The content of this blog is copyrighted (see below). I'm also a music and yoga junkie- my other website is emilymuzak.wordpress.com

Content on this site is licensed under a Creative Commons Attribution-Noncommercial-No Derivative Works 3.0 United States License. Based on a work at blogstuffbyemily.blogspot.com. For permissions beyond the scope of this license, contact Emily.